Happy New Year to you all! Apologies for such a big gap since my last update on here. As you might be able to imagine the events mentioned on the previous update took over the last few months in quite a big way. I am most pleased that my cello concerto Evolving Spring was premiered beautifully by Matthew Barley, the BBC Concert Orchestra and Michael Seal at the Queen Elizabeth Hall last November as part of the EFG London Jazz Festival. This occasion marked the end of my two years as a BBC Radio 3 New Generation Artist and I am now back to being a regular freelance jazz musician again.

On the same day that I submitted the first draft of the concerto back in September I packed my bass into a flight case bigger than me and flew to Copenhagen with my band to record my third studio album. We recorded 9 pieces that I’d brought to the band over the past three years and I’ve never been more excited to release an album than with this one. I was very lucky to have my old bass teacher Jasper Høiby producing and offering many thoughts and suggestions along the way, which totally transformed the energy of the band and the album. A massive thank you also to August Wanngren for engineering so faultlessly and mixing the album to such a high standard, and of course to the guys in the band without whom I would be nowhere – Jim, Matthew, Sam, Liam and Scott. 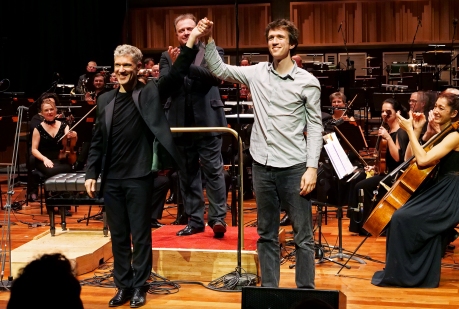 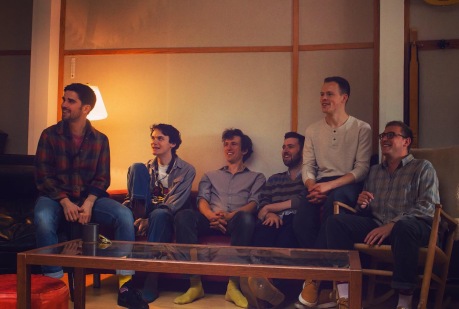 The album has now been mastered and I have a few days left to decide on the title, so watch this space! The album launch gig will be on Weds 3rd June at Pizza Express on Dean Street in London (tickets aren’t yet available but save the date nevertheless) and then the official release with Edition Records will be Fri 12th June. I am also currently preparing for a recording happening in less than a week with my mother Viktoria Mullova – we will be recording our duo programme Music We Love for an album to be released later this year, containing a wide range of classical, jazz and original music.

In the meantime you can visit the gigs page to check out when I’m next playing. My band’s next show is at The Conduit in London on Sat 18th January – make sure to book tickets now as there are a limited number…

(photo of the BBC Concert Orchestra premiere by Ian Gillett; photo of my band from The Village Studio in Copenhagen by Liv Anastasia)